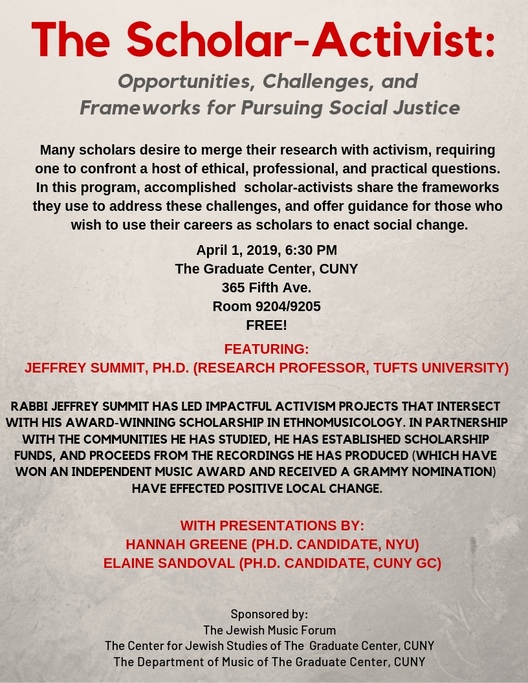 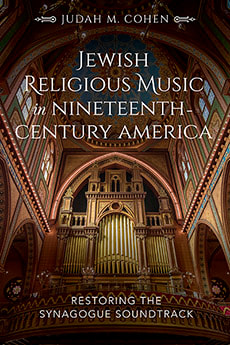 May 7, 2019 at 7 PM
Center for Jewish History
15 West 16th Street, NYC
All Jewish Music Forum Programs are Free and Open to the Public
To reserve tickets: info@jewishmusicforum.org

In Jewish Religious Music in Nineteenth-Century America: Restoring the Synagogue Soundtrack, Judah M. Cohen demonstrates that Jews constructed a robust religious musical conversation in the United States during the mid- to late-19th century. While previous studies of American Jewish music history have looked to Europe as a source of innovation during this time, Cohen’s careful analysis of primary archival sources tells a different story. Far from seeing a fallow musical landscape, Cohen finds that Central European Jews in the United States spearheaded a major revision of the sounds and traditions of synagogue music during this period of rapid liturgical change.
LEARN MORE
Cancelled due to snow - Will be re-scheduled soon

All Jewish Music Forum Events Are Free and Open to the Public
To Reserve Your Seat
info@jewishmusicforum.org